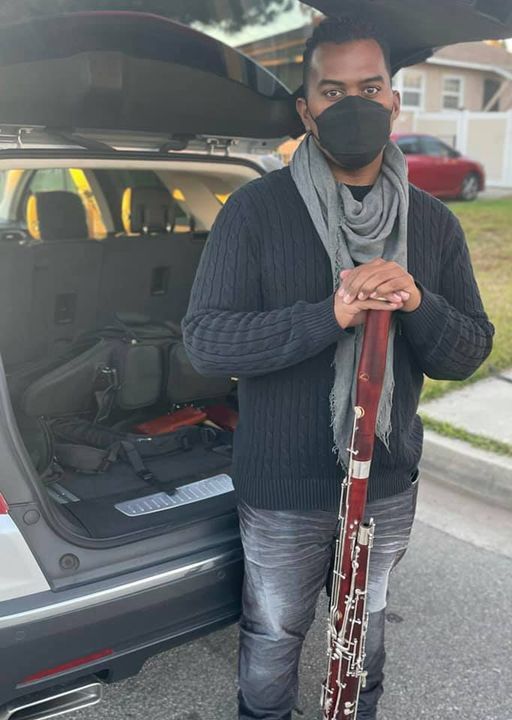 When Anthony Parnther, bassoonist and music director of the San Bernardino Symphony, had his car burglarized last March, he regretted the loss of items of monetary value, including his MacBook. But he truly lamented the theft of his Schreiber bassoon.

His mother bought the instrument for him in high school, after the family’s house burned down, even though they were strapped for cash. He made good on her investment, rising to become a successful bassoonist in classical, pop and film music.

So when his car was broken into in a restaurant parking lot near his new job at San Bernardino’s California Theater, the loss of this instrument — this symbol of the sacrifices made by his mother before she died of cancer — was devastating.

For months, he and a squad of friends scoured about 50 local pawn shops. He set up notification alerts for keywords on Craigslist and eBay. Anytime a Schreiber bassoon went for sale, he had an army of people letting him know.

Almost a year later, Parnther was sitting in traffic on the 405 freeway when a message dinged through on his professional Facebook page. The sender had bought a bassoon at a swap meet in San Bernardino. Some Googling surfaced The Times’ article about Parnther’s stolen instrument — and the description and serial number matched.

Parnther said he was gobsmacked — startled out of his daze only by the angry honks and gestures from cars swerving past him on the freeway.

He drove east, where he met a grandfather who collects antiques — a very nice man who gladly relinquished the bassoon to its rightful owner. Parnther reimbursed the man for the amount he paid at the swap meet but “there was really no number that he was going to rattle off that I wasn’t willing to pay to get my horn back,” Parnther said.

The case was dinged up but the bassoon — other than some minor cosmetic damage — was in fine working shape.

One more surprise was jammed into a joint of the horn: a baton given to Parnther by his conducting teacher, Otto-Werner Mueller. It had been stored in a completely separate briefcase when it was stolen from Parnther’s car.

“Someone had actually taken the time to, I guess, wedge the baton into the bassoon case,” Parnther said, “and I got everything back that was near and dear to me. I feel complete again.”

Last week he played his instrument in a recording session for a blockbuster movie franchise (one that a nondisclosure agreement prevents him from revealing), and he was announced as a Schreiber artist representing the France-based company.

Next month Parnther will perform the Vivaldi bassoon concerto as part of San Bernardino Symphony’s digital concert series. That was the piece he was scheduled to perform two days after his instrument was stolen last March — which was, of course, right when the pandemic canceled the rest of the season anyway. It’s almost as if the theft was a harbinger of a year of horribleness, he said, and the bassoon’s return an omen for better days ahead.

The Voice UK 2021: When is the final and will there be a live audience?

Alice Cooper: Bob Ezrin is the only other person who understands the character – Music News

The Cure’s Robert Smith is selling special artwork for charity

Two thirds of 65 to 69-year-olds vaccinated a week after being...