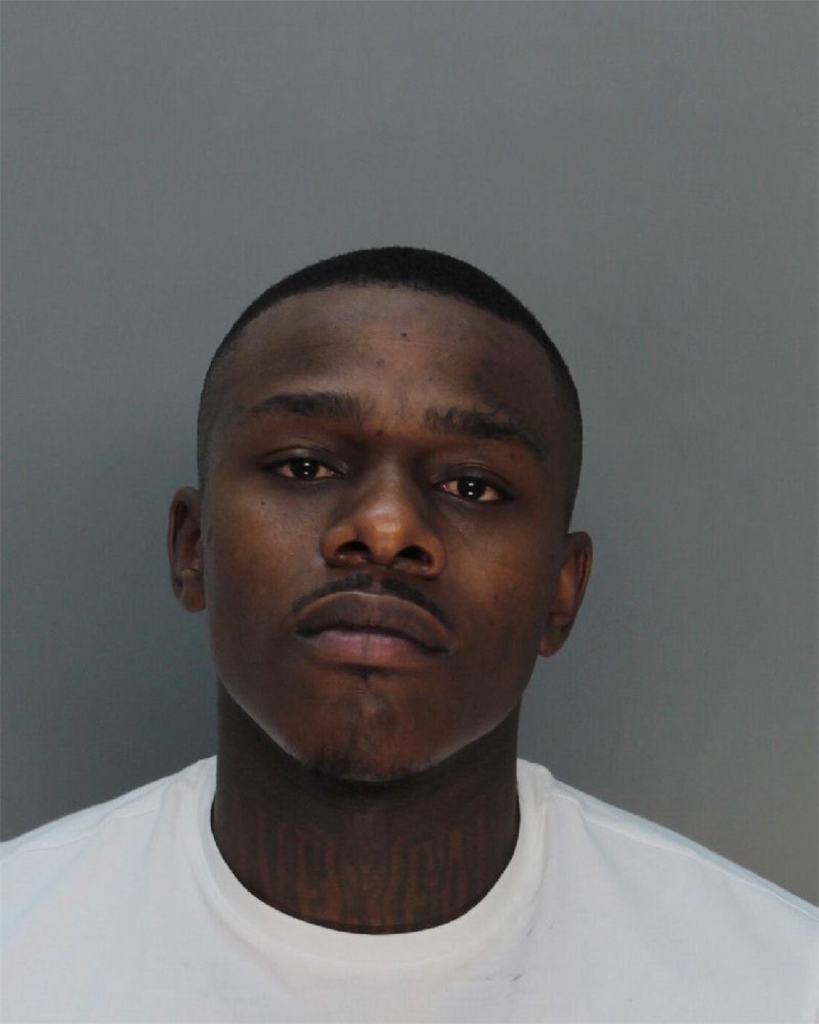 UPDATE: DaBaby was released on a $1,500 bond on Saturday, two days after his arrest.

DaBaby was arrested on Thursday in Miami for alleged battery after being questioned over possible involvement in a robbery of a music promoter, who claims he was also doused in the face with apple juice during the incident.

According to the police report, one of the victims stated he was a music promoter who had made an agreement with DaBaby in which the Grammy-nominated rapper would be paid $30,000 to perform at Cafe Iguana Pines in Miami that day. Around 1 p.m., the man and the other victim met with the hip-hop star near a hotel and gave him $20,000 in cash. DaBaby complained he was short $10,000 and demanded the rest of the money, after which a verbal altercation ensued, police said.

The rapper then punched the other alleged victim in the face, and then he and several other men attacked the promoter, who fell to the ground while they continued to hit him, the report stated. One of them took his iPhone 7, a credit card and about $80 in cash. The promoter “stated that during the altercation, one of the offenders doused him with apple juice,” the report said.

The offenders then fled the scene in a black SUV. Surveillance footage posted on TMZ shows a man appearing to drag and mug another one while a couple of others watch. The three men then enter a black vehicle and start to drive off before stopping, after which one of them exits and appears to give the man another push.

The second alleged victim told police he did not witness the robbery because “after he was punched in the face, he fled into the hotel, fearing for his safety.” A few hours later, DaBaby entered the hotel lobby and both alleged victims identified him as the person who initially attacked the second man, the police report said. It stated that the rapper was then detained for several hours, during which he refused an offer of food and water and denied his involvement in the incident. He was then arrested and jailed on a $1,500 bond, records show.

DaBaby, 28, whose real name is Jonathan Kirk, was taken into custody just before midnight, a spokesperson for the Miami-Dade Corrections & Rehabilitation Department told E! News on Friday, adding that the rapper also has a warrant out for his arrest in Texas and is set to remain in custody in Miami and appear before a Florida judge later on Friday. 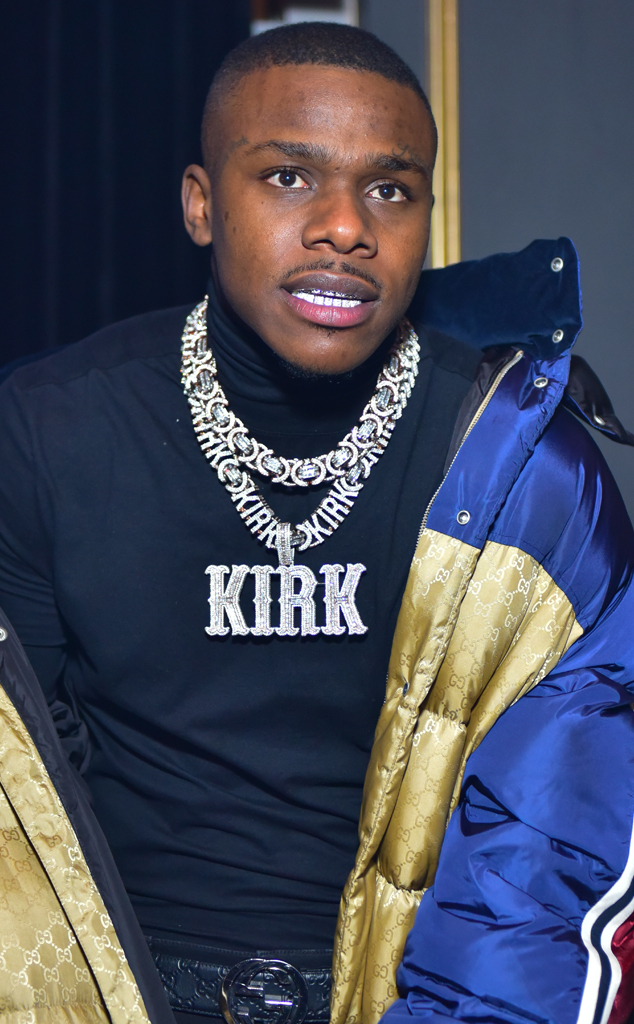 His arrest comes more than a week after DaBaby was detained and cited for marijuana possession in Charlotte, North Carolina. He tweeted on Christmas Eve, “Someone died last night while the police department wasting resources and officers to harass me in attempt to make a bad example out of me. When in reality, i’m the most positive example the city of Charlotte got. Especially for anybody in the streets of Charlotte and the KIDS.”