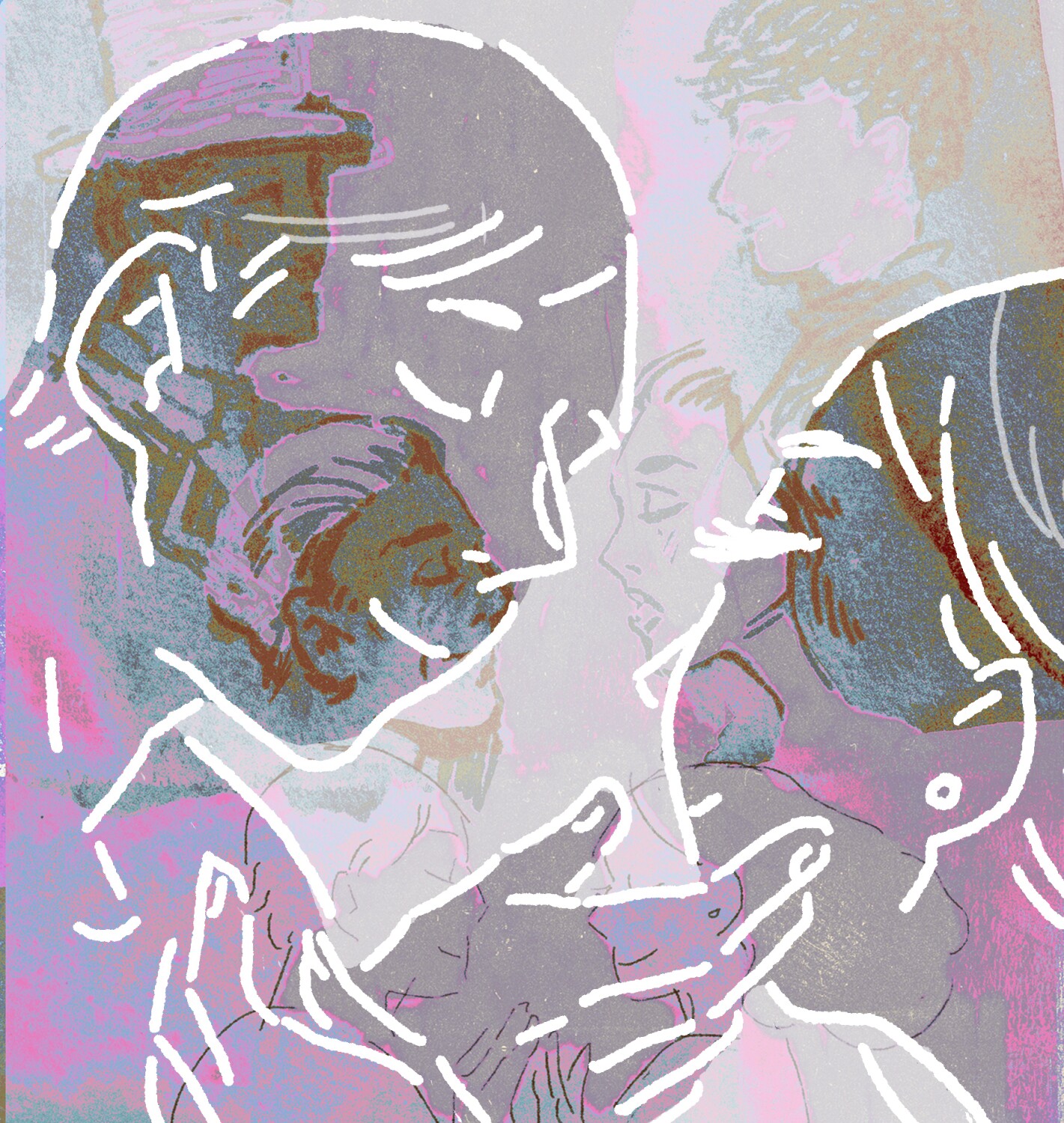 I was 26, in my last year of medical school in Chicago and applying for residencies in my hometown of Los Angeles.

While home over the monthlong winter break, I had several interviews lined up. And one of my best friends persuaded me to try Jdate while I was back in L.A. I’d tried a couple of coffee or dinner dates that went nowhere in Chicago, and since I would be moving back to L.A. after graduation, trying to find a local boy made sense.

I always knew that I wanted to get married and have children. It went beyond the romantic novels and movies that I loved so much and lost myself in. I always had this deep knowing that one day I would meet my bashert, which is Yiddish for “meant to be.” Though my parents had divorced, it never shook my belief that my destiny man was out there somewhere, waiting for me.

In L.A., dates Nos. 1 and 2 didn’t go well. One guy was self-absorbed; the other was a sweet boy but not a strong enough personality. I remember thinking I was wasting my time, that I would probably meet my future husband in residency. Besides, I was busy with schoolwork and interviews, and I lost my patience with it all.

I went to my best friend Stephany’s house to use her computer — and close my profile on Jdate. (In those days, computers weren’t so readily available and smartphones hadn’t been invented yet.) The two of us were gathered at the computer screen when I opened my profile on Jdate and found a new inquiry from “Richard.”

We both looked at his photo. Dark brown hair. Kind, dark brown eyes. He had an MBA (so he checked the advanced degree box) and was an entrepreneur and a businessman (check the accomplished professional box); he liked cooking (he came from a family of chefs), food, music (I remember a mention of jazz and classical — check music appreciation box. That was important to me, as I come from a family of classical musicians). He loved movies and was upfront about his intentions: He was looking to meet and marry.

We agreed to meet on New Year’s Day at Starbucks in Larchmont Village. I was so nervous.

I asked my mom what I would do if I didn’t like him, and she said, “You will be very nice to him!”

I walked up to Starbucks and saw him sitting outside. I was so anxious I actually walked by, pretending I hadn’t seen him, and headed for the door to give myself a few more seconds to shake off the nerves. Was I really ready for this? (It’s one thing to go on a date. It’s another to go on a date with a man who has made it clear he’s looking for marriage and a family.)

I took another look. Wow. In person, he was tall, dark and handsome; he looked like a Jewish Rocky Balboa. He seemed so calm and confident.

I finally gathered myself and looked back, acknowledging him as if I’d just spotted him. In an instant, he was at my side, holding the door open.

We walked to the counter and I put down a dollar to buy my own coffee. (Yes, this was indeed back in the days when even a cup of Starbucks coffee was less than a dollar.) He scoffed and paid for both.

We went back outside and talked for over an hour, about seemingly everything: life, our paths …

He had recently moved from New York to Los Angeles to work for a new company. He clearly led a fast-paced life compared with mine. I remember thinking, as I sat there, that everything about him was perfect. I could feel myself becoming afraid, intimidated, insecure. I began to worry about leaving the cocoon of school. Up until that point, I had led a fairly sheltered life, and was living according to a road map laid out for my medical education.

By contrast, he was his own man. He was seven years older and had a world of experience and a rich dating history.

As he walked me to my car, he stopped and turned to me. He asked if we could have dinner the next night.

I said I didn’t think so.

I told him that I thought we were too different. He was a businessman who was already leading a full life. I was just a nerdy medical student. (OK, a glamorous nerd, I’d like to think.)

Unabated, he said, “That’s what makes the world go round, apples and oranges. Cats and dogs.”

I stood there, stunned by his words. That is the foundation of a good relationship: One’s strengths complement the other’s weakness. His reasoning was solid, and it appealed to my doctor’s brain. But more than that, he appealed to my heart, because he wasn’t afraid of what the future held.

He had a road map. He had made a decision. He knew what he wanted. And he wanted me.

Three months after our first date, he began to talk marriage. He proposed six months later. (The rabbi who married us loved the story of the apples and the oranges so much that he wove it into the ceremony.)

Today, 18 years and two kids later, I still feel blessed. Our marriage has not been without its heartbreak, including the passing of his parents and my stepfather.

And the truth is, we are opposites.

He is a balanced Libra and I am a full-speed-ahead Aries, nearly opposite ends of the zodiac. I am bold and direct and have to be able to make quick judgments. He is romantic and idealistic, has big vision, always thinks the best of people and gives them the benefit of the doubt.

It turns out, though, that he was right. We had so much in common. We share the same goals, our faith, our love of family and reading (he’s even a more avid reader than I). We also share a love of movies, especially the “The Godfather” trilogy. (We discovered, in that way that new couples do, that we had both gone to the opening matinee of “The Godfather: Part III” even though we lived across the country from each other.)

Another thing we have in common: My great-grandparents and his grandparents were both from small villages in Russia. I like to think that even if we had been alive 100 years ago, we would still have managed to meet.

It took me 26 years to find him, but it seems like he was always there.

The author is a geriatrician and on Twitter at @SonjaRosenMD.