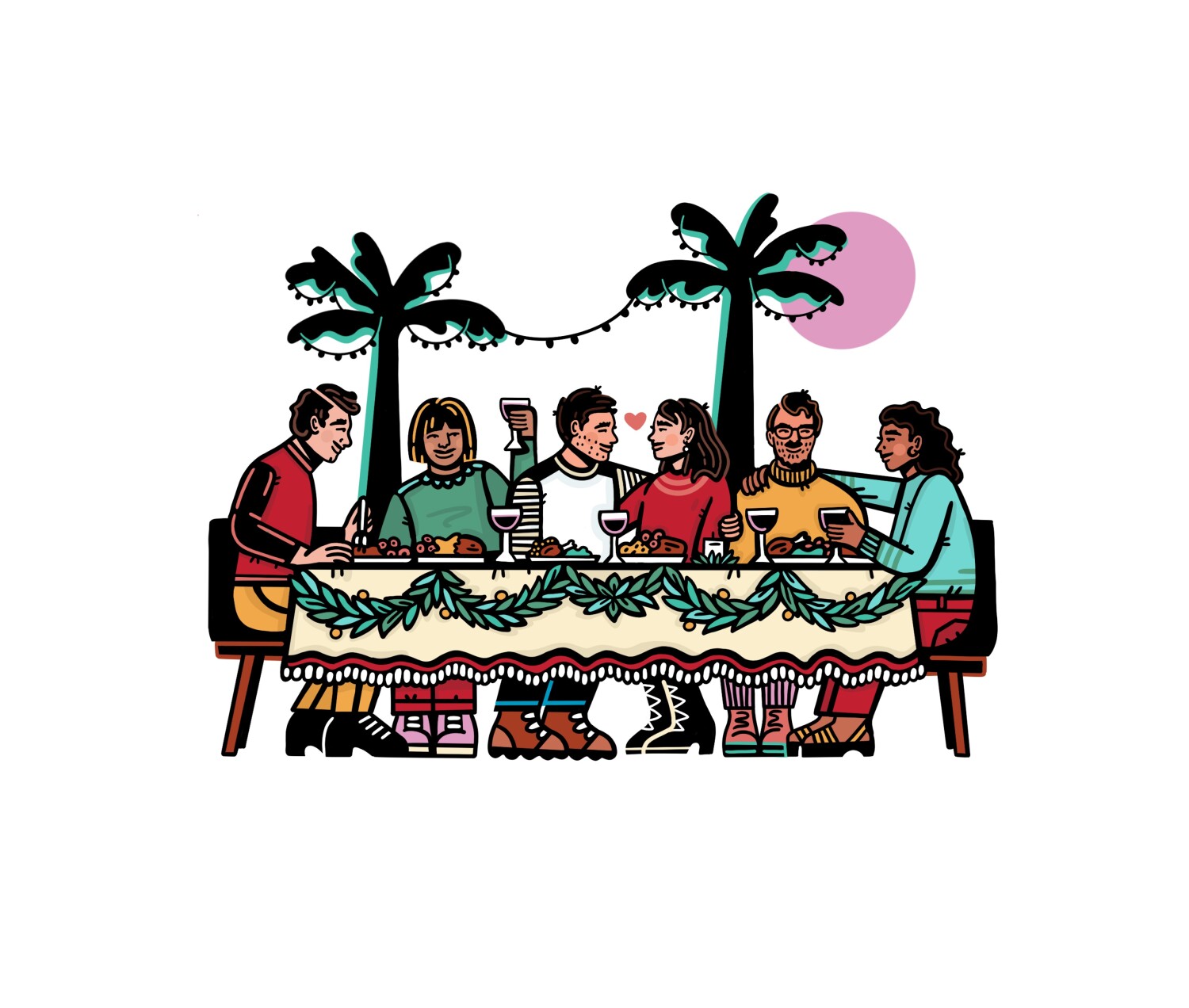 I was 25 and staring hard at a map of America. Along with my two closest friends, Matt and Will, we’d decided to make good on a longstanding quest for adventure — to hop trains and hitchhike out west from our Massachusetts hometown — but the question remained: West, where?

Some months before, Will had gone on tour with his brother’s band, and — as Will couldn’t stop reminding us — he’d fallen hard for a woman in Venice Beach. She and Will had walked all night, ending up on the pier, the moon sparkling over the waves…

It was settled: We were going to LA.

Three weeks of thumbed rides and trainyards later, we’d lucked into a room off Abbott Kinney Boulevard. Matt and Will shared the bed; I got the futon. Matt and I worked on the Venice Beach Boardwalk: Matt drew caricatures; I used an old typewriter and a roll of canvas to type “poems” for tourists. Some days we made over a hundred dollars. Most days we made much less. When business was slow, we jumped in the ocean.

Will, meanwhile, was dating the woman who’d brought us to Los Angeles. Many months into their relationship, they invited me for tacos at a Mexican spot on Lincoln Boulevard. As it turned out, Will’s girlfriend had also invited her friend, Lizzy.

It was a setup — and thank God.

Lizzy was fun. Funny. Talkative. Gorgeous. We laughed over chips and guacamole. How had we never met?! — she lived a block off the Boardwalk, we must’ve passed each other a thousand times — well, whatever, we were meeting now, what should we do? What we did was plan a nerd party. A week later, we threw that nerd party. We danced like nerds. We sat by an outdoor fire pit like nerds. We inched our chairs closer to each other like nerds. Sparks flew.

Lizzy was Los Angeles, born and raised. She skateboarded, she rollerbladed, she swung kettlebells on the beach. She read tarot cards. She kept crystals in her bra. She’d grown up in Venice, and she showed me her neighborhood’s famous walk streets, its canals, the colors blossoming from every street sign and sidewalk crack. She’d just ended a terrible relationship, and more than anything she wanted to be free. I was happy to be free with her.

If we weren’t pedaling the bike path to Hermosa Beach, we were hiking Topanga, walking to the Marina to say hello to the seals, splitting a beer on lifeguard stand #29 as the sun made the ocean go crazy with pink. Lizzy lived in a rent-controlled Santa Monica apartment that invited the sounds of the ocean through any window at any time. We were listening to the ocean one night when I asked her to marry me.

“Date me for three years and then ask me again,” Lizzy said.

But our mid-20s weren’t so serious. Lizzy had to see other people. I had to see other people. I had rides to catch. I headed to Seattle, Mexico City, Panama and back again. Sometimes, when I stopped through Los Angeles, Lizzy wasn’t always there — she was rock-climbing in Joshua Tree or snowboarding in Mammoth … so I’d leave a note on her door. Once, I left a pair of ladybug stickers, to remind her of us. Other times, she was home and ordered me to unpack, declaring me her “three-day boyfriend.”

When I moved back east to finish school, we wrote actual letters to each other. After graduating, I hit the road again for Los Angeles. I wanted to see Will and Matt, but — sorry, guys — my first stop was Lizzy. She opened her door and declared me her “one-month boyfriend.”

One night during that glorious month, I noticed a locket around her neck. I opened it. Inside were the two ladybug stickers I’d left on her door so long ago. My vision went blurry. Those ladybugs said it all. I held the kitchen counter to steady myself.

And this time we were.

This summer, amid the uprisings and COVID-19 spike, we celebrated our five-year anniversary. We live with Lizzy’s father now in the house where Lizzy grew up.

On Sundays we deck out our bikes and join the Venice Electric Light Parade. We door-knock for city council candidates who support the Green New Deal. We bring picnics to visit Lizzy’s mother’s grave at Woodlawn Cemetery. We teach remotely (Lizzy, college; me, fourth grade). Weekends we bodysurf with our niece and nephew.

When we sit down with the family for Christmas dinner, I’m the sole person at the table who isn’t a member of the Screen Actors Guild.

I think of all the roads and railroad tracks in America, and how the right set of rails at just the right time helped this New England boy make a California dream come true with a magical Los Angeles woman. Every holiday season I get the best gift ever: life with Lizzy.

It’s scary to consider all the detours, the millions of alternate routes that could have sent us elsewhere, or brought me to Lizzy too early, or too late.

But I remember too that every set of rails is connected to every other set of rails — meaning there’s no real beginning or end, just a non-stop ride, and I can’t wait to see where it takes us next.

The author is a teacher and writer in Los Angeles. His website is nickfg.com and he is on Twitter @FullerGo

L.A. Affairs chronicles the search for romantic love in all its glorious expressions in the L.A. area, and we want to hear your true story. We pay $300 for a published essay. Email LAAffairs@latimes.com. You can find submission guidelines here.

Coronavirus Case Numbers Top 200,000, But May Be Worse Than Reported – Deadline