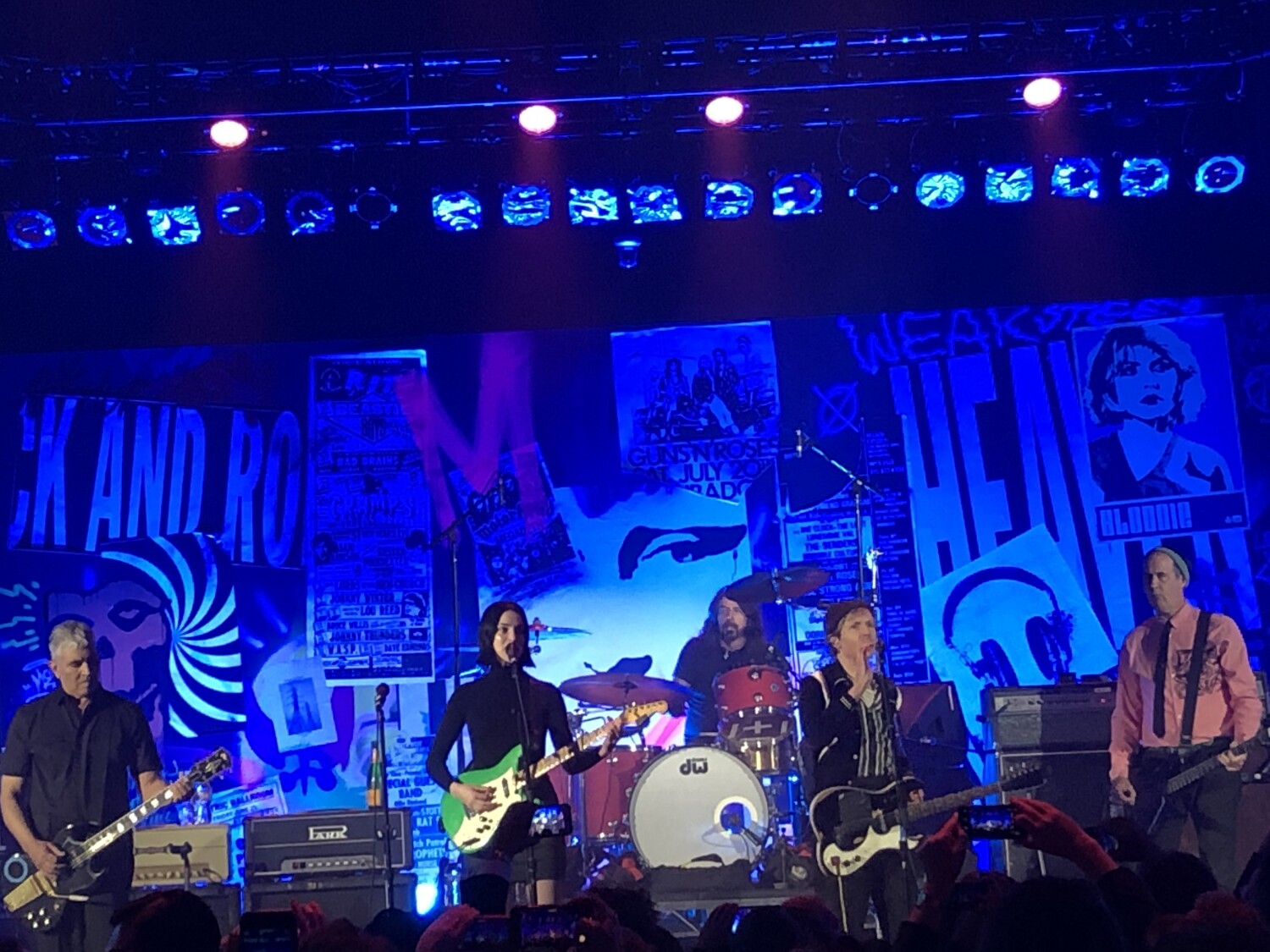 The surviving members of Nirvana came together Saturday night in Los Angeles to perform a few of the band’s classics with help from some famous friends and one very young family member.

Onstage at the Hollywood Palladium, where they were the main attraction at the Art of Elysium’s annual benefit gala, drummer Dave Grohl, bassist Krist Novoselic and guitarist Pat Smear played “Lithium,” “In Bloom” and “Been a Son” with both St. Vincent and Beck filling in for the late Kurt Cobain.

The band was also joined by Grohl’s 13-year-old daughter, Violet, who sang “Heart Shaped Box,” before Beck returned to finish the set with a take on David Bowie’s “The Man Who Sold the World,” which Nirvana famously covered on “MTV Unplugged.”

“Pretty good mosh pit right here,” Beck said at one point, looking down into the crowd of donors and music-industry insiders who’d left their tables to be near the stage. He added that he’d been in “the most insane mosh pit” of his life at the Palladium.

“I remember being lifted off the floor for the entire show. It was so packed in. Then I walked out of the mosh pit and my hands were bleeding and I didn’t know why. And the band was Nirvana.”

The performance came a little over a year after Grohl’s previous reunion with his old bandmates at the Cal Jam festival in San Bernardino, where the three recruited Joan Jett and Deer Tick’s John McCauley to sing Cobain’s parts. Before that they played with Jett, St. Vincent, Lorde and Sonic Youth’s Kim Gordon in 2014 when Nirvana was inducted into the Rock & Roll Hall of Fame.

Saturday’s show, which raised money for the Art of Elysium’s efforts to “support individuals in the midst of difficult emotional life challenges,” as the group describes its work, also featured brief sets by L7, Cheap Trick and Marilyn Manson.

Why Abby Huntsman Is Exiting ‘The View’