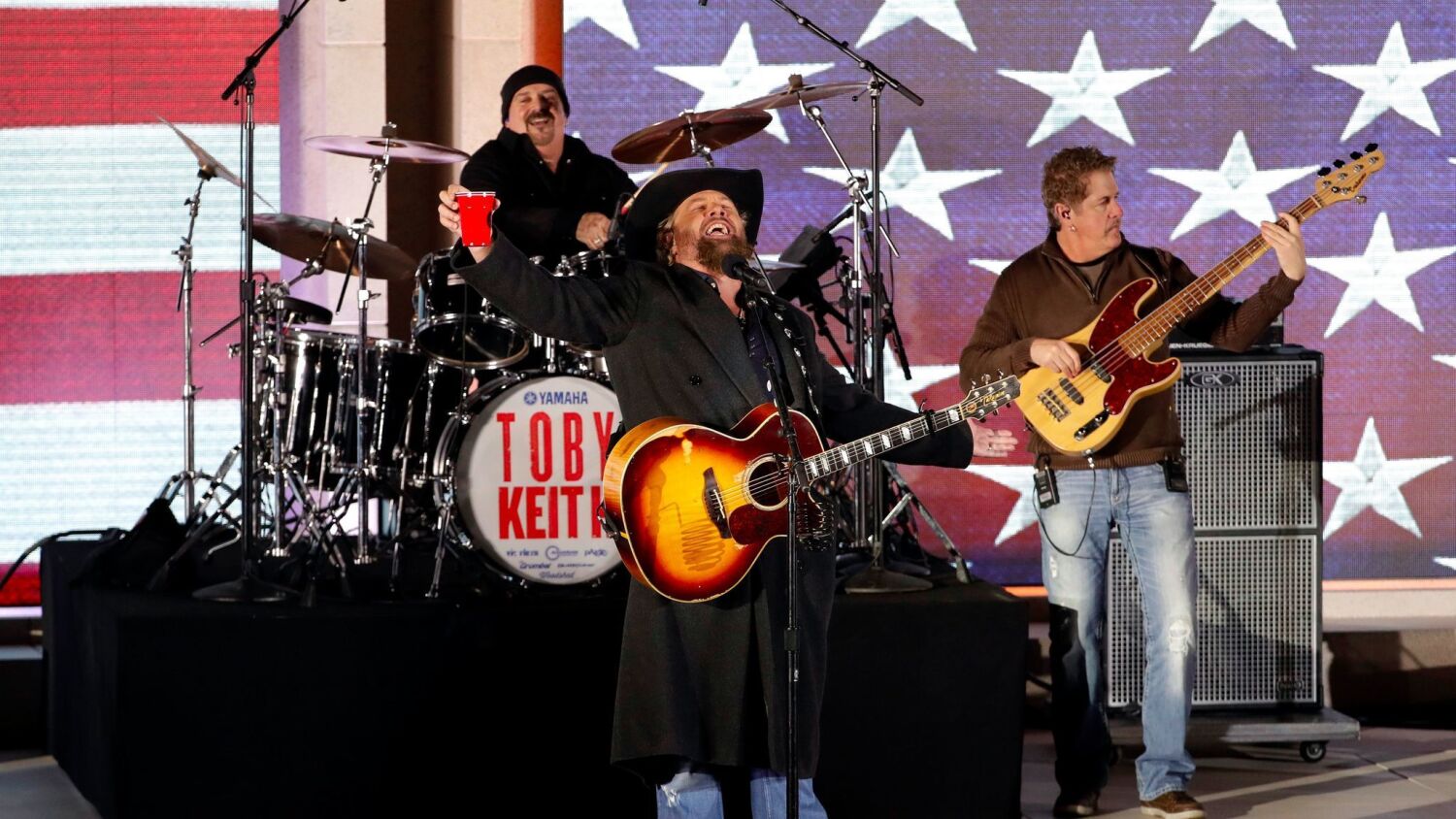 Ronald Reagan gave it to Martha Graham. George W. Bush gave it to Dolly Parton. Barack Obama gave it to Sonny Rollins and Meryl Streep. President Trump became the first president not to give it at all for two years.

If you guessed, “What is the the National Medal of Arts?” you move on to the bonus round.

On Wednesday, while becoming the first American president to be impeached twice, Trump bestowed the National Medal of Arts to Toby Keith and Ricky Skaggs. The awards, not officially announced but reported in a Bloomberg News tweet, quickly turned the honor into a political statement. It also spurred some to ask: What exactly is the National Medal of Arts? And why does it matter?

Congress created the award in 1984, and it is considered the highest honor the government can give to artists, arts groups and arts supporters. Nominations are given to an advisory committee of the National Endowment for the Arts, which then submits recommendations to the White House. The president ultimately designates the winners and presents the award.

The medal typically goes to about a dozen people a year, representing a robust cross-section of practices including music, visual arts, filmmaking, acting, theater, dance and philosophy. The honorees typically have enjoyed long and illustrious careers and are universally recognized as leaders in their chosen fields.

On its website, the NEA describes winners as individuals who “through their creativity, inspiration, and hard work, have significantly enriched the cultural life of our nation.”

Reagan was the first president to bestow the medal, which went to Graham, Georgia O’Keefe, Frank Capra and John Updike. He also gave it to Hallmark Cards for its arts patronage. George H.W. Bush honored Ray Charles and Arthur Miller, among others, along with Texaco for its arts patronage. Bill Clinton chose Edward Albee, the Boys Choir of Harlem and Aretha Franklin.

President Trump did not deign to give the award for his first two years in office before handing out just four medals in 2019. They went to actor Jon Voight — a staunch and outspoken Trump supporter — as well as singer Alison Krauss, arts supporter Sharon Percy Rockefeller and the musicians of the U.S. military.

This year, Trump reportedly chose two political supporters: Keith, who played at a Make America Great Again celebration at Lincoln Memorial in 2017, and Skaggs, who voiced support for Trump during the election.

A list of fun things to do on New Year's Eve in L.A.

In South L.A., a gardener teaches people how to grow food

How to find a therapist who is right for you