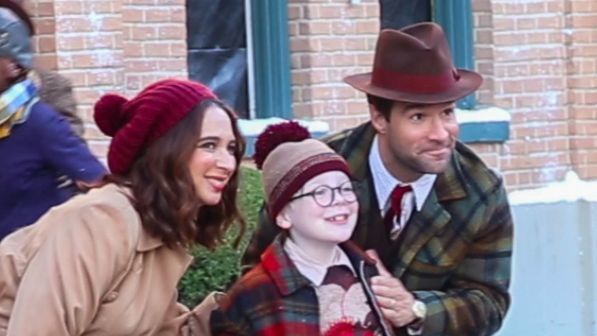 Santa Claus Is Comin’ to Town A lanky mailman with the voice of Fred Astaire explains Santa’s origins in this animated 1970 special. 8 p.m. ABC and 9:55 p.m. Freeform

A Christmas Story Live! Originally broadcast in 2017, this special is a musical remake of the 1983 film (see below). Andy Walken stars as Ralphie, with Maya Rudolph and Chris Diamantopoulos as his parents and Jane Krakowski as schoolteacher Miss Shields. Ana Gasteyer also stars, and Matthew Broderick narrates. 8 p.m. Fox

A Christmas Story This holiday favorite from 1983 stars Peter Billingsley as the little boy who yearns to find a Red Ryder BB gun under the Christmas tree. Darren McGavin and Melinda Dillon also star, narrated by Jean Shepherd. A 24-hour marathon begins at 8 p.m. TBS and 9 p.m. TNT.

Tamron Hall Cynthia Garrett addresses the accusations that led to the postponement of the movie “The Banker.” 1 p.m. KABC

The Dr. Oz Show Natalie Wood’s boat captain and friend talks about what he witnessed the night she died. 1 p.m. KTTV

Dr. Phil After a breakup, a man lost all coping skills and has been lying in bed at his mother’s home. 3 p.m. KCBS

The Doctors Home viewers have a chance to win products on the show; Jennifer Lopez and Alex Rodriguez give back. 3 p.m. KCOP

For today’s sports on TV, see

Every Netflix Show Cancelled in 2019