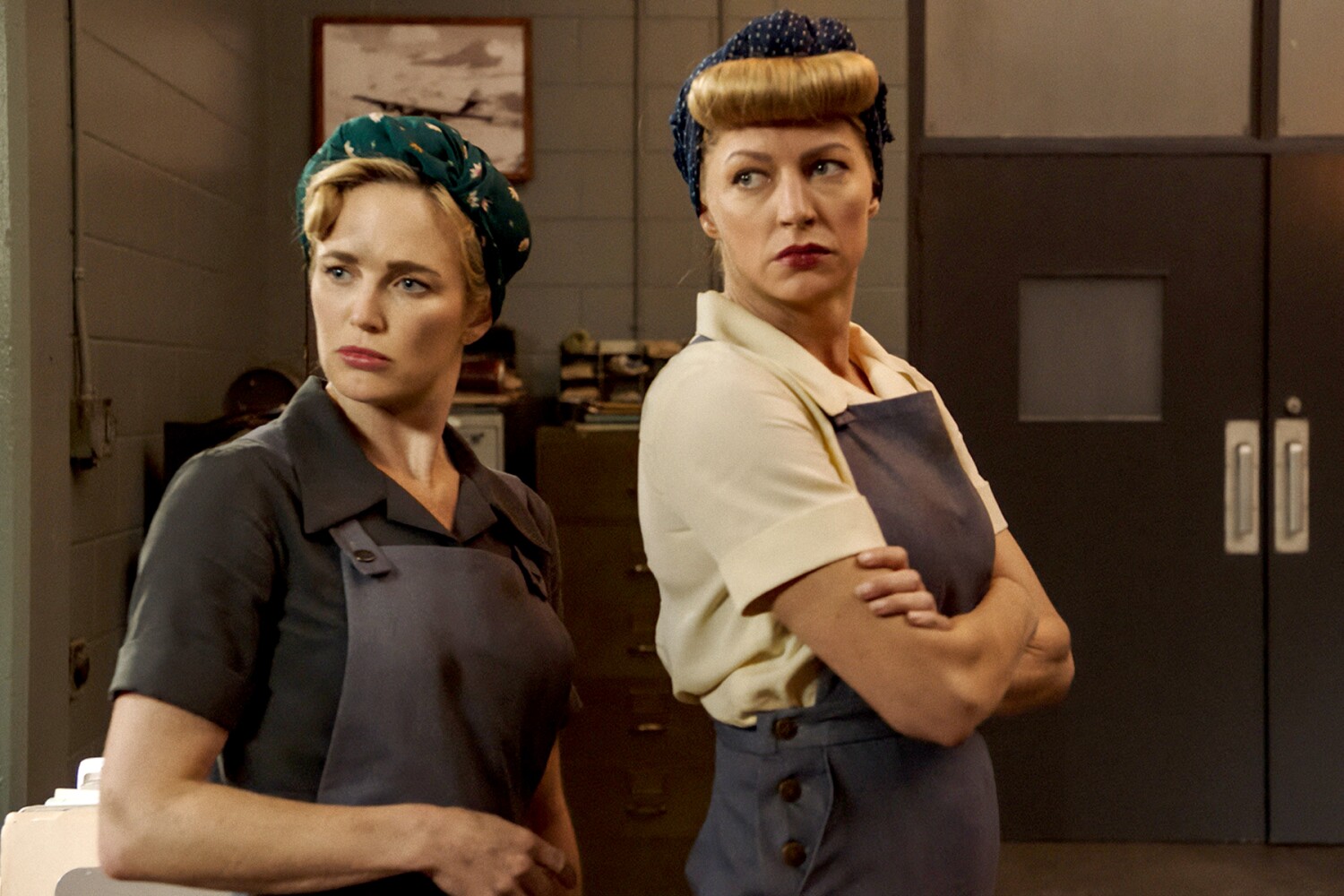 The prime-time TV grid is on hiatus in print. You can find more TV coverage at: latimes.com/whats-on-tv.

DC’s Legends of Tomorrow The Legends land in Seattle in the middle of World War II, where Sara, Ava and Astra (Caity Lotz, Jes Macallan and Olivia Swann) work in an airplane factory in this new episode of the science-fiction series. Shayan Sobhian and Nick Zano also star. 8 p.m. The CW

Secrets of the Dead The Rev. Marius Zerafa is on a quest to recover a painting by Italian master Caravaggio that was stolen from a cathedral in 1984 in “The Caravaggio Heist,” the season finale of the documentary series. 10 p.m. KOCE

Intergalactic With authorities conducting an intensive search for the Hemlock, the fugitives try to commandeer a ship that is home to a scientist (guest star Michael Smiley) who is an extreme eccentric and has a menagerie of animals on board. Natasha O’Keeffe, Savannah Steyn and Sharon Duncan-Brewster also star. 10 p.m. Syfy

Even More Funny Women of a Certain Age Teri Hatcher (“Desperate Housewives”) makes her debut in a stand-up special as she leads a cast of female comedy veterans in this offshoot of the ongoing comedy club showcase. Carole Montgomery joins Hatcher onstage at the Irvine Improv. Wendy Liebman, Monique Marvez, Leighann Lord and Marsha Warfield are featured. 10 p.m. Showtime

Planes, Trains and Automobiles An ad exec (Steve Martin) and a shower curtain-ring salesman (John Candy) become co-travelers on the way to Thanksgiving in Chicago in this 1987 holiday classic. 6, 8 and 10 p.m. AMC

The Humans Stephen Karam wrote and directed this 2016 adaptation of his Broadway play set at Thanksgiving as a family gathers at the rundown apartment of Brigid (Beanie Feldstein) and her boyfriend (Steven Yuen) in New York’s Chinatown. Jayne Houdyshell, Richard Jenkins, Amy Schumer and June Squibb also star. 8 p.m. Showtime

The SpongeBob Movie: Sponge Out of Water (2015) noon Nickelodeon

Wiley appears to go on another antisemitic tirade in new footage

Christina Ricci on Her Pregnancy